I was moved by Erin Pizzey’s recent radio broadcast (The house I grew up in Radio 4), when I think for the first time she openly talked about the domestic violence she experienced as a child.  Discipline and hitting  kids are issues that often trapse round the back of my mind, but it was her reasons for adopting an anti-feminist stance that helped me start this blog.

“… what they didn’t realise was that I never was a feminist, because I knew from the very beginning when I first got involved with the women’s movement that as far as I was concerned the movement was totally against family life and considered men to be incredibly dangerous and the only new model for family’s they said was to be women and children which was totally against everything I believed in”

Other things she said suggest this is more a challenge to feminists claiming the moral high ground than a defence of men. In her experience women are equally capable of violence .  She is open about the violence inflicted by both her parents, but her position must surely also be derived from her adult experience of setting up and running the first women’s refuge: hence her status in the feminist pantheon. Despite struggling with the Daily Mail reader inside of me, I’m really with her when she goes on to say:

“This country is now on the brink of serious moral collapse. We must stop demonising men and start healing the rift that feminism has created between men and women.”

Though I’ve chosen a gender laden title for this blog, I don’t think it’s helpful to define masculinity as somehow opposite to femininity. Much more interesting is how we live and get on together given some fundamental, innate differences. I’ve heard it takes two to change and tango and now post-feminism, maybe it’s time to review how the chaps are getting on.

Defining oneself in terms of others reminds me  of Sartre’s metaphor of the park which he used to explain his notion of “L’enfer, c’est les autres”: “Hell is other people”.  He pictures himself sitting alone on a park bench enjoying the view, content that everything therin is organising itself around him as he directs his purpose toward it. e.g. this bench is my bench and here to support mon derriere.  The appearance of another seems to rather spoil the experience by pushing his thoughts toward how the bench might have to be shared, given up etc.

“The other is …a permanent flight of things towards a goal which …escapes  me inasmuch as it about unfolds itself its own ‘distance’; (eyes start to cross at this point but hold on 🙂 )

Oh dear, I think I kind of know what he means, the intrusion of other people upon one’s self centred musings but ~ get outta  here ~ the park’s hardly crowded and if the sight of one other person makes it hell, then you’re probably not too far away to begin with. It’s hardly rush hour on the Northern line !

I reckon the work is hard enough and the space for creativity large enough to not worry about others competing for either, but maybe that fails to take into account less attractive aspects of our nature. 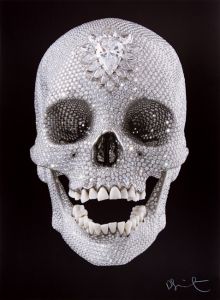